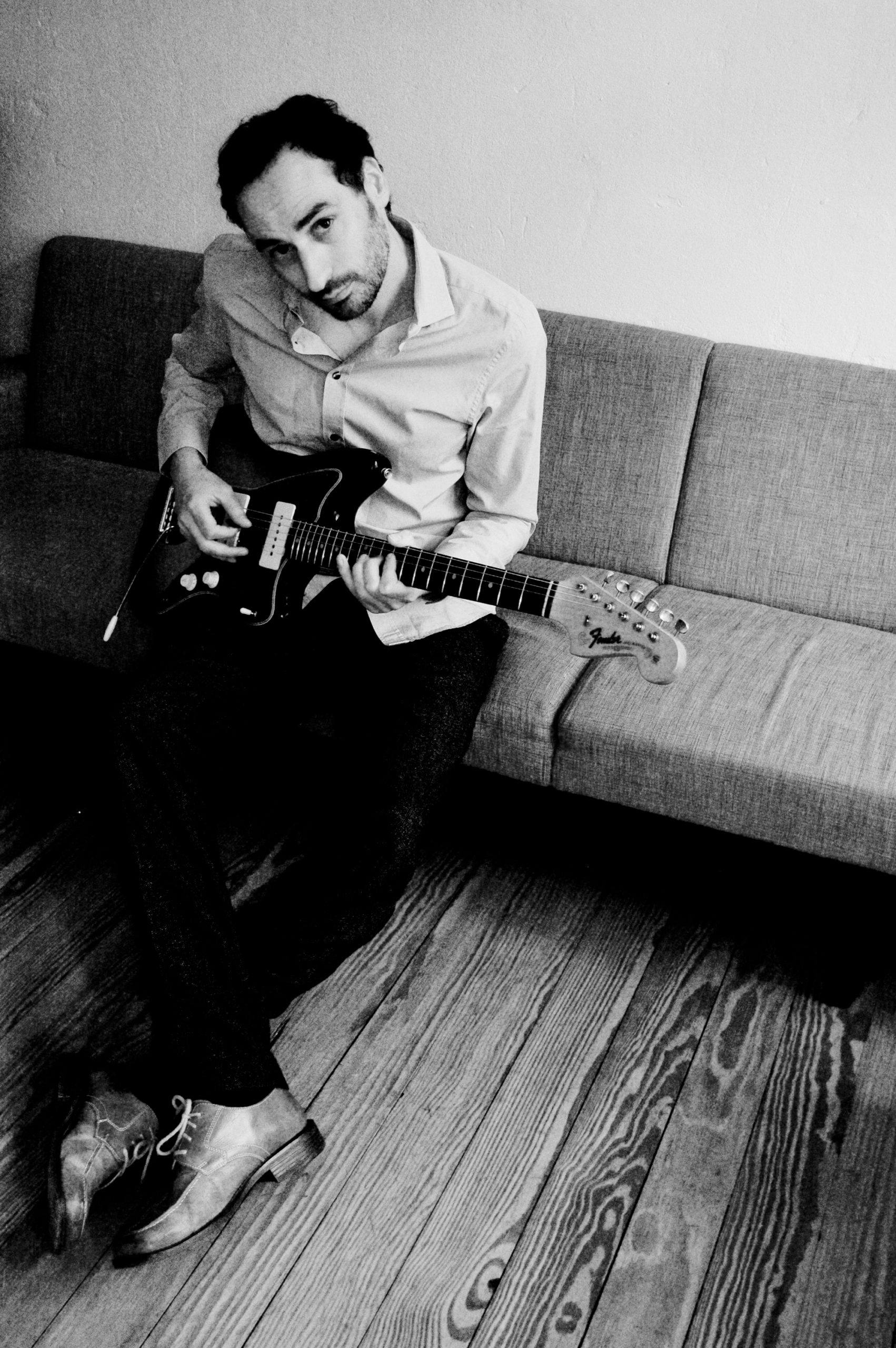 Balkanjazz, soulpop, avantgarde – Berlin based  André Matov is infused with influences from a broad musical pallete, whether as a guitarist, composer, or producer – a far cry from his childhood initiation to music.

At the Age of six, Matov received a violin from his father, who was an ochestra musician. At the age of 13 he picked up the electric guitar to play the riffs and soli of Prince, Stevie Ray Vaughan,  Jimi Hendrix and the Red Hot Chili Peppers.

The music of jack-of-all-trades Frank Zappa and John Zorn stimulated Matov´s interest in jazz, opened up new directionsand inspired him to study jazz music at the Folkwang-University Of The Arts in Essen, germany.

Here he came in contact with the future members of his quintett MatovsGarage and also the MA TOV TRIO . In 2006 shortly after graduation Matov and his Band won the competition jazzwerkruhrpreis and recorded their debut CD.

In 2015 he formed his Trio with Jo Aldinger on the Hammond Organ and drummer Bernd Oezsevim recorded Storm Spirit.

André Matov composes and produces his own music, as well as music projects in colaboration with other artists. Beside, he composes music for film, theatre and television productions.

As a guitarist he plays in his own artistic projects and as a sideman, for other musicians, performances and theatre productions.